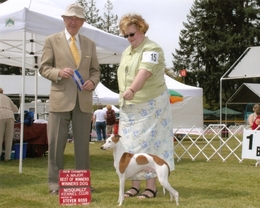 Bobby taught me many lessons in our too-short time together. He was purchased as a show dog, arrived as a scared and unsocialized 6 month old. After much time and training he learned to show, and even like it. He finished his championship and was starting to run in field events when we realized something was off. After BAER testing his hearing I learned he was deaf, additional testing showed that he was also going blind. He did not have PRA, the most common source of blindness in IGs, but had a host of other congenital problems. His breeder denied any issues, and after research I found that the anomolies that Bobby had were only the beginning of the problems to be found in related dogs. Bobby was neutered, and never bred. His opthamologist warned me I had a year or so before he was totally blind, I got lucky and had over two years before he got bad. Bobby left me in November of last year, when the effects of blindness combined with being deaf proved too much for him to handle.
Bobby is why I BAER test before breeding, and why everyone is completely health screened prior to breeding. Never buy a puppy without proof of health testing- regardless of what the breeder says! 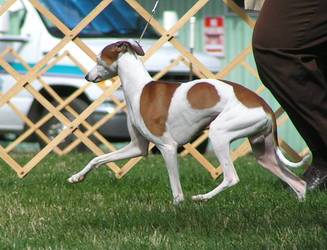 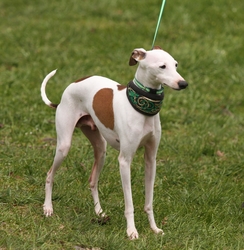 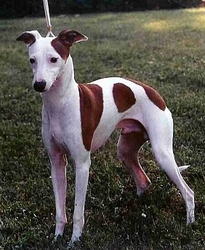 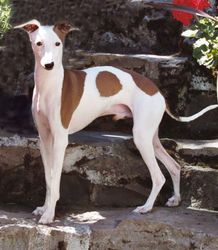