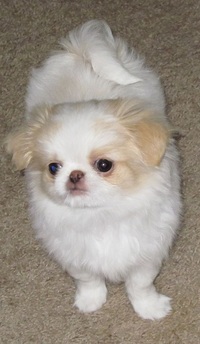 Just a baby this exciting puppy is a welcome addition from Joyce Deaton at Bliss Japanese Chins. He not only brings a new color to the Rome chins but his larger than life personality as well. We look forward to having fun with this exuberant guy as he grows up and turns on his afterburners in the ring.

Burner's first show weekend, at exactly six months old, started with him taking Winners Dog, Best Of Winners, Best Puppy, and Puppy Toy Group 3! The next day he took the points again! He's definitely on fire. Now nearly finished with his championship he only needs a couple of single points. It's a joy to see such a sound and correct young dog in the ring.

Burner left us to cross the Rainbow Bridge. He is missed every day. all day. 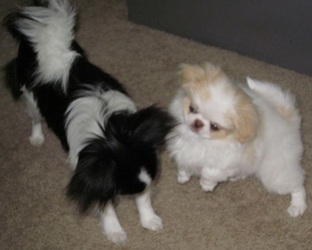 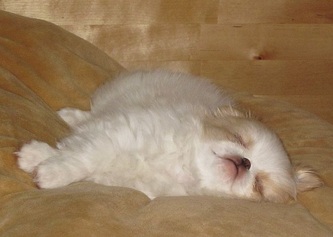 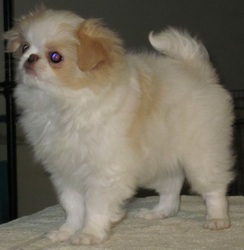 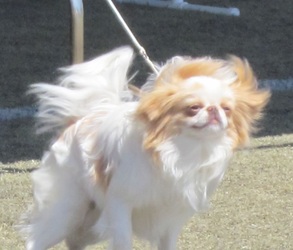 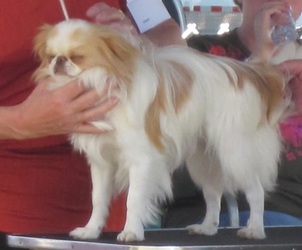 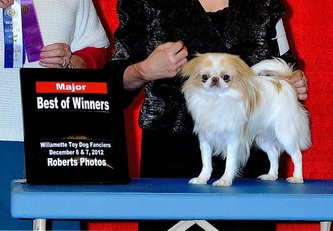